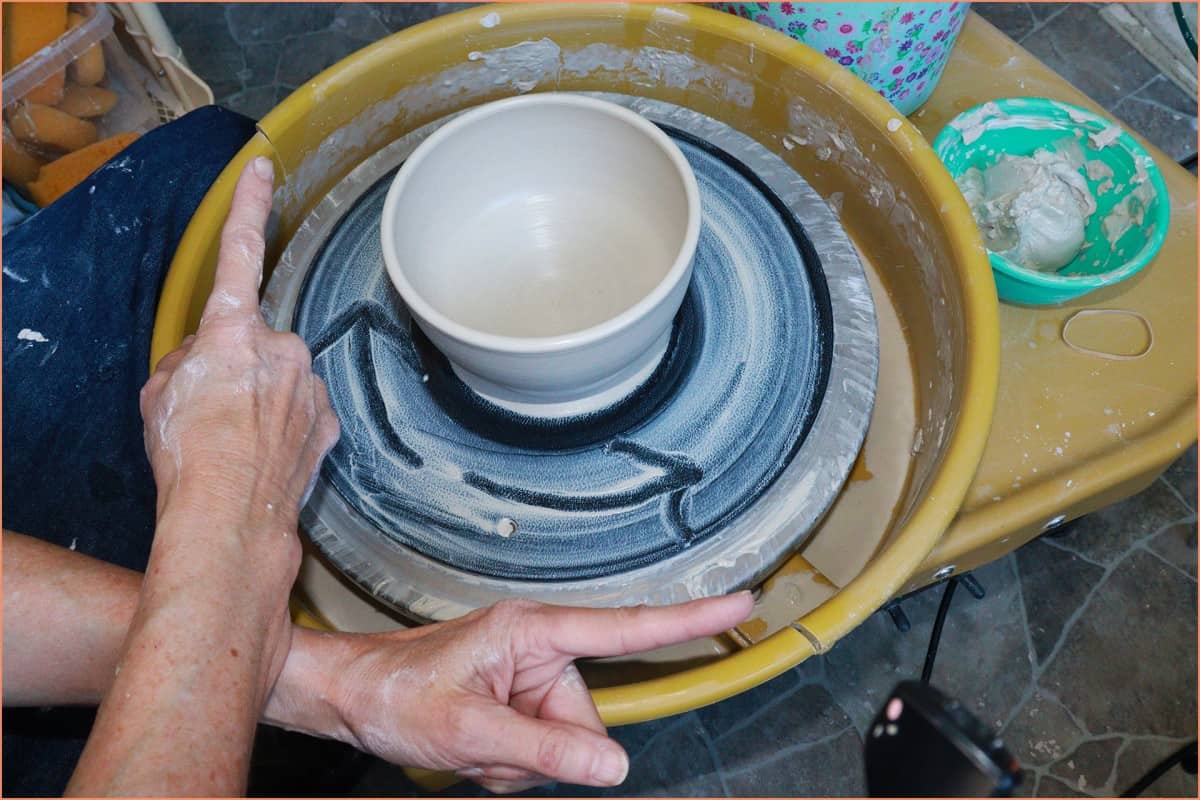 Perhaps you have wondered what direction a pottery wheel spins. But, did you know there are different factors that determine how the potter’s wheel will spin? The answers might surprise you!

Which way does a potter’s wheel turn? Right-handed people usually find the counter-clockwise turning of a wheel more comfortable. Left-handed people will usually like the clockwise direction better. This has to do with your hands and how you position them in relation to which direction feels most natural for you.

To learn more about the pottery wheel direction, keep reading because we will cover this in-depth.

Not every electric wheel offers a switch for clockwise (reverse) and counter-clockwise (forward), but you may find it beneficial to buy a Pottery Wheel that has a forward and reverse switch. It comes in handy when you have multiple potters in the home with different dominant hands. Also, if you want to use different throwing, trimming, and decorating techniques by switching the wheel’s direction. Most electric wheels include a forward and reverse switch to let you turn the wheel in either direction.

Depends on the Process

Pick a Direction and Stick with It

In the beginning, choose clockwise if left-handed and counter-clockwise if right-handed. You will learn what feels best in time. In truth, you can learn either direction, but you may find it better to follow this rule of thumb.

As your skill grows on the wheel, you may find that it feels comfortable to do clockwise for certain tasks and counter-clockwise for other tasks. Choose the direction that works best for you and stick with it until you reach proficiency.

Except for the Philippines, countries like the United States have a higher percentage of left-handed people at 13.1 percent. As you can see, the East doesn’t have more left-handed people, but they tend to prefer the clockwise direction for pottery.

We mention this because if you plan to study eastern pottery methods one day, you may find it easier to start in the clockwise direction. In this way, if you find yourself at a clockwise-only wheel in China, you can do it without feeling embarrassed.

Why the Different Preferences between East and West?

One reason that the East may prefer the clockwise direction could come from the fact that they value the inside of the pot more than the outside, which is different from the West.

The difference could also come from many potters in the East who don’t use a raised seat when doing pottery. In the West, you sit in a chair to shape the clay. While you don’t have a difference between East and West with dominant hands, the difference in positioning may have made it more favorable for potters in the East to turn the wheel clockwise. For example, the eastern pottery wheel uses a stick placed in a hole in the wheel head. They can pull the stick easier and get more momentum from it than if they only pushed the stick.

No Magic Inherent in Either Direction

Whether you choose clockwise or counter-clockwise, it won’t make much difference at the end of the day. Your pottery skill won’t suffer if you learn it counter to your dominant hand. It may slow you down slightly, but it won’t stop you.

Some Potters have centered in one direction because it was easier for them and threw in the other direction. Centering clay can be a difficult task, but there are some helpful tips to help you find success. If centering is giving you trouble check out 11 problems and corresponding solutions here!

As we see in the East, most people are right-hand dominant, but they use the left-handed wheel direction. Sooner or later, you will learn how to use your other hand. For someone who wants an easier time to start, choose the direction that you feel most comfortable with.

What to Understand When Buying a Pottery Wheel

We have spoken a lot about how many wheels have a reverse and forward switch that allows the wheel to turn in either direction. That doesn’t mean that all wheels have this switch. Check the direction that the wheel turns Before you buy.

In some cases, a pottery company may only offer a counter-clockwise wheel because of more people being right-hand dominant. They may have the option to buy the clockwise-direction wheel straight from the manufacturer.

You don’t want to buy a wheel thinking it offers both directions and find that it doesn’t support the direction that you feel most comfortable with. Depending on the manufacturer, they may let you return it, but it’s better to avoid that situation altogether.

Pottery Wheel: Positioning of Your Fingers

The wheel direction doesn’t matter as much as the positioning of your fingers. No matter what direction the wheel moves, you want the clay to move away from the angle of the pressure point on your fingers. Let’s say that you have a wheel moving in the counter-clockwise position. You would pull it with the left hand on the inside of the pottery. The right hand manages the exterior of the pot. As you do this, the fingers should point away from the motion of the wheel rather than toward it.

Finger angle matters because otherwise, your fingers will dig into the clay. That doesn’t mean that expert potters can’t have their fingers pointing against the wheel direction, but beginners should avoid it because it can collapse their ceramic piece.

Expert Tip:
Whether clockwise or counter-clockwise, your fingers should always work in the direction of the wheel. If you see a beginner who struggles with the pots collapsing, flip the switch for the other direction to see if that helps.

Natural Lefty without Realizing It?

In some cases, the pottery direction may not work because the potter is naturally left-handed. They don’t realize it. Many, especially among the older generation, were forced to stop using their left-hand as children.

One pottery teacher reported how she had one such student who couldn’t manage the counter-clockwise direction. She switched her over to the clockwise direction and realized she was a natural left-handed person.

To look at this as an indicator, how does your handwriting look? Many times, the people who were forced to be right-handed have terrible handwriting 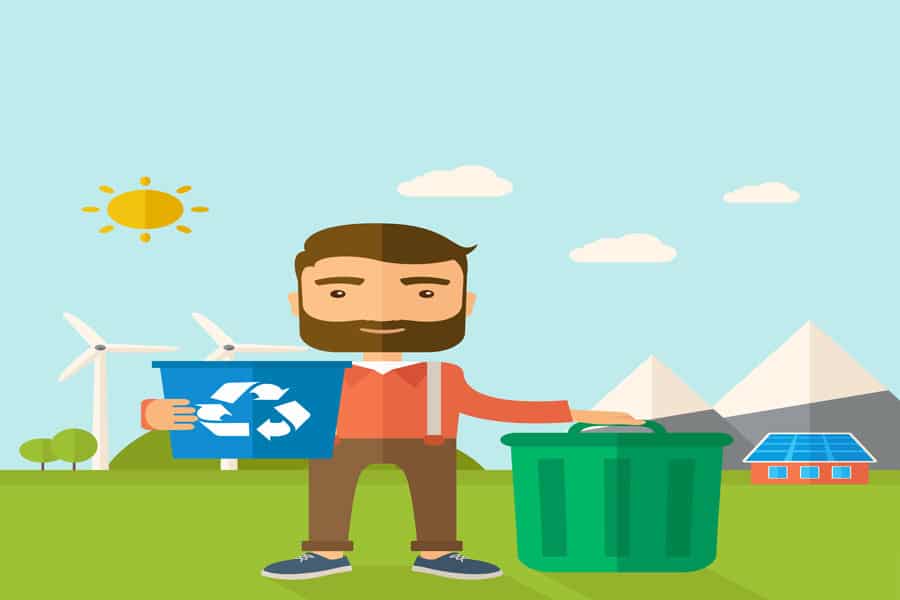 An important part of pottery is properly disposing of and or recycling your glazes. Glazes are awesome to play with, from dipping to painting. It’s so much fun to decorate and see what the end result will be after firing your piece. The more you… 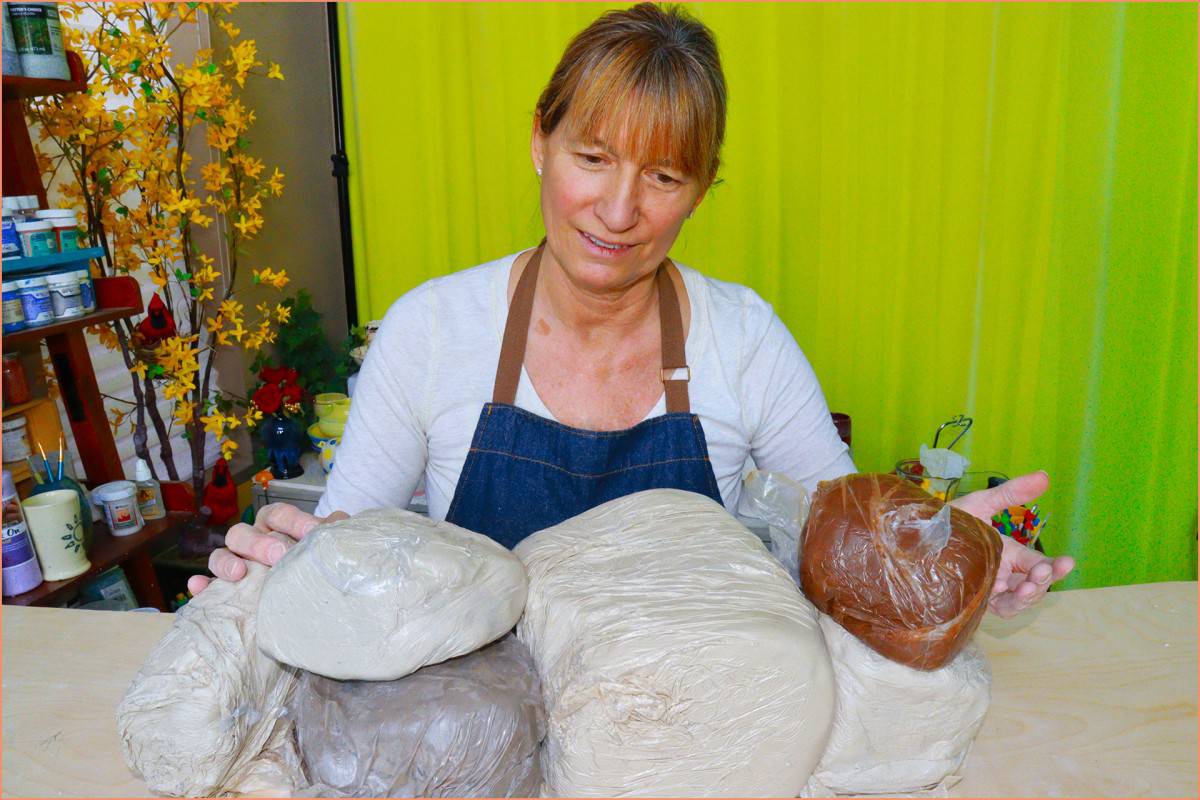 Maybe you have a box of Clay that someone gave you five years ago and wonder if the Clay has an expiration date. You’d like to make some pottery, but you don’t want to waste your time if that Clay has expired. You can hold… 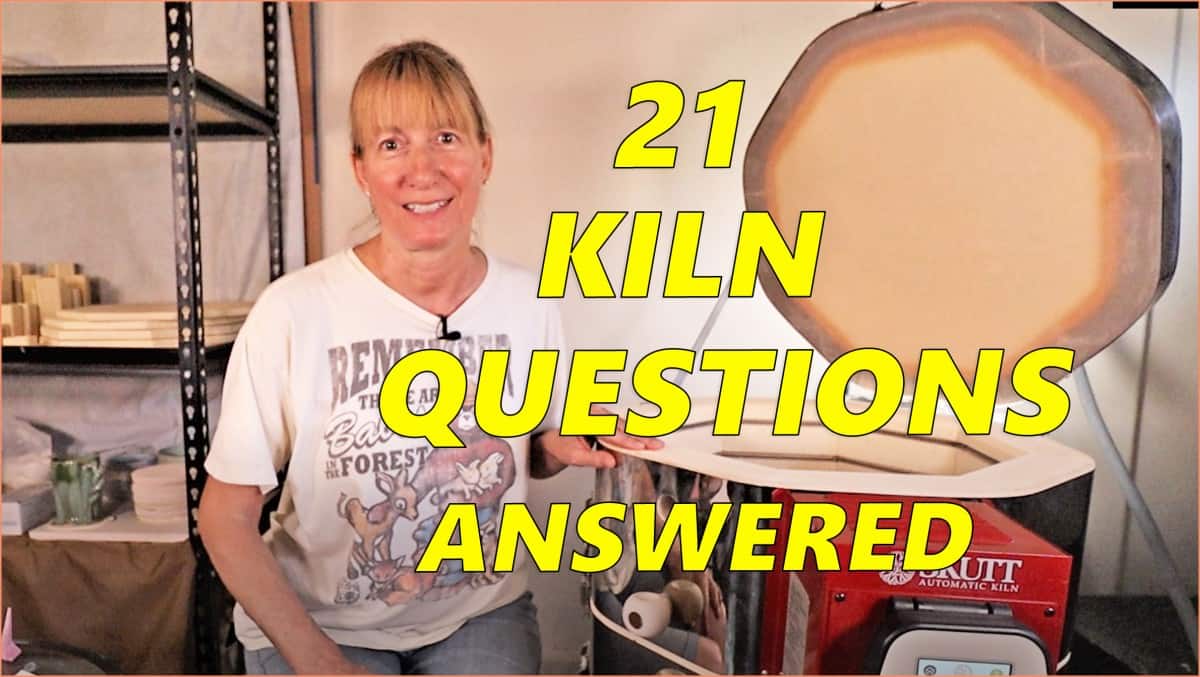 Whether you have a Kiln or thinking of getting one, there are some basic things you want and need to know to get the best results from the beautiful pottery you have just created. When you get your first Kiln, there is a lot of… 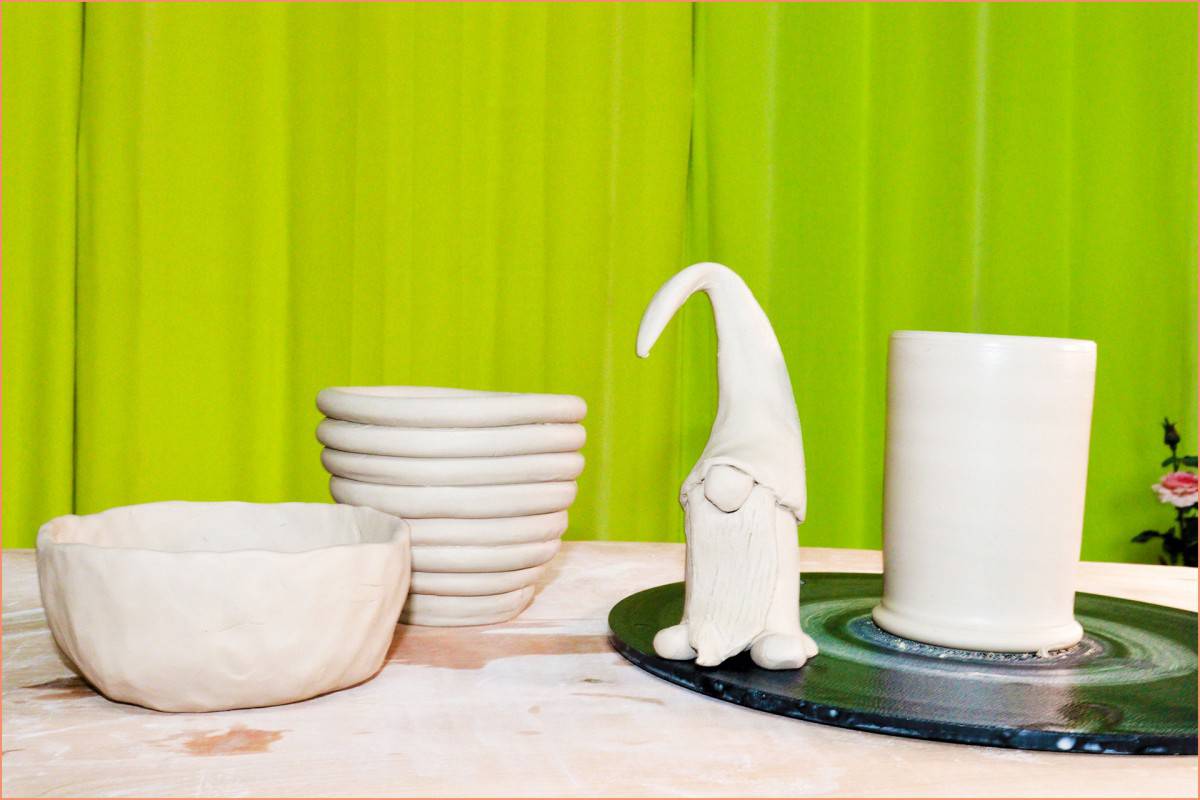 Two basic methods for artistic clay creations exist, Wheel Throwing and Hand Building. You can create everything from creative coffee mugs to ornate flower pots, but before you start, you have to choose a technique. Throwing has its unique advantages, as does hand building. In… 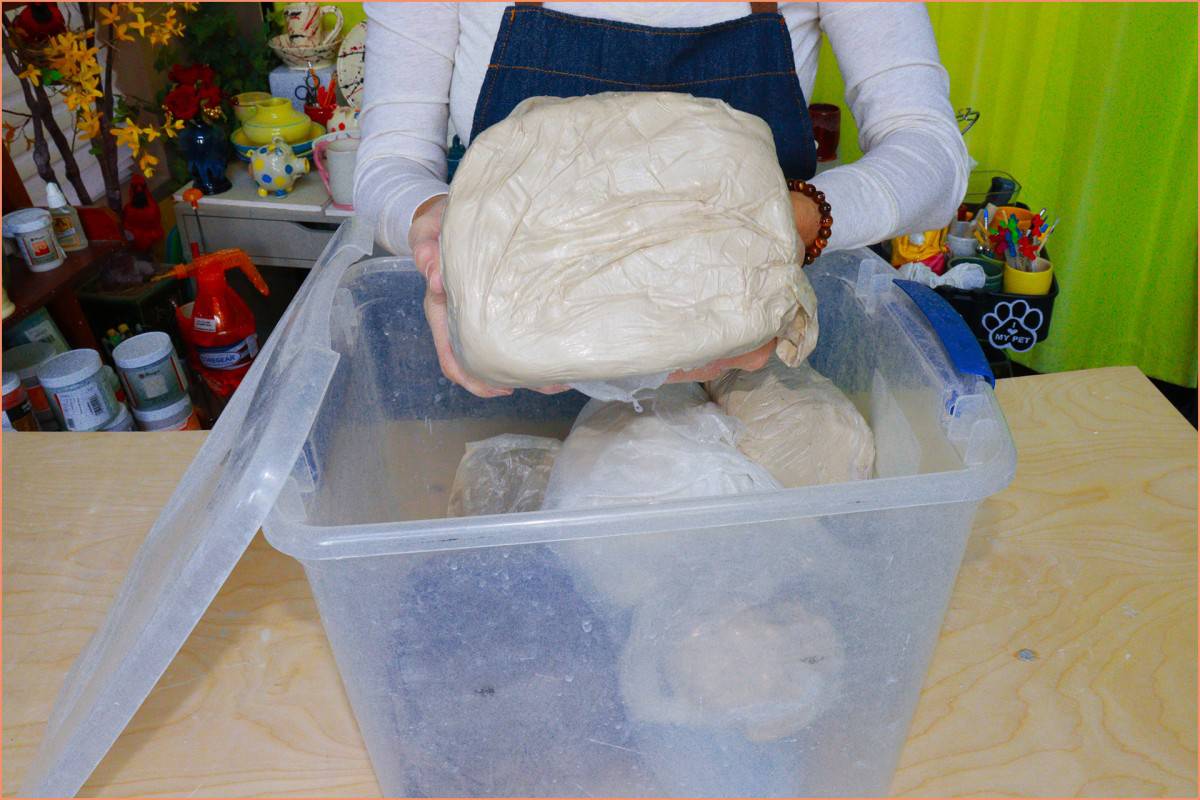 There are a few common challenges that potters have when it comes to storing pottery clay. One of the most common challenges is to keep moist clay from becoming dried out. Another challenge is to store the clay in a way that will prevent it… 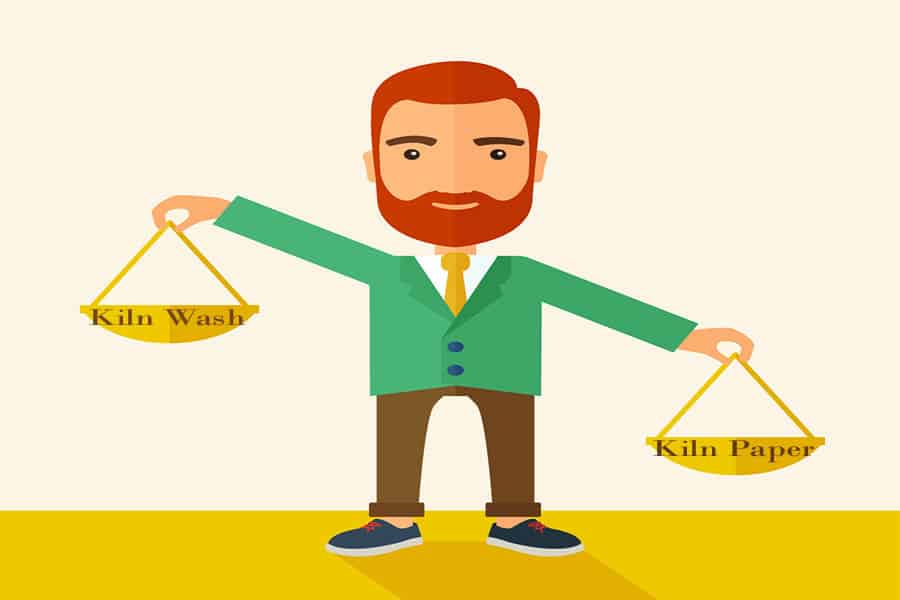 I was sitting with a fellow potter, and we started talking about Kiln Wash and Kiln Shelf Paper and how the words wash and paper sounded like a 1930’s Gangster Movie about Counterfeiting Money. One of the hardest things to figure out after buying a Kiln…