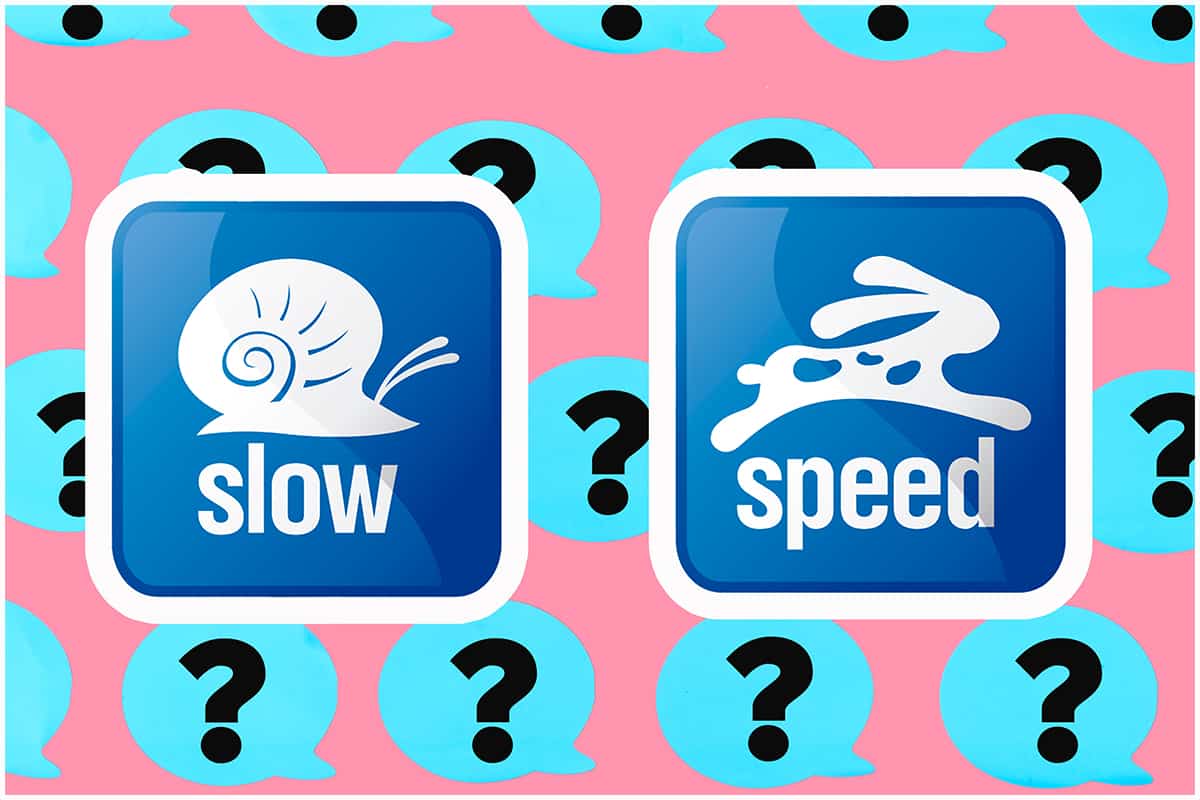 The potter’s wheel shapes and rounds the ceramic wares, a technique also known as throwing. The speed of the wheel centers and forms the wedged clay. Knowing the right speeds makes using the pottery wheel easier.

How fast should a potter’s wheel turn? The rate of the speed your pottery wheel turns will vary throughout the crafting of your clay. Variable speed control on an electric wheel lets you alter the speed from zero to 240 or 300 RPMs.

If you’d like to learn more about the pottery wheel speed, keep reading because we’re going to cover when to use speeds at certain points when making pottery.

You want to look for a balance between the higher speeds and lower speeds. Too much speed can result in difficulties with shaping the clay into pottery. You can also have difficulties with your clay if your wheel is turning too slow.

Exercise caution on speed for thinner pots because it can cause the pottery to get wonky, wobble or collapse.

How fast you turn the potter’s wheel depends on the piece of ceramic ware. You learn this best from experience, but speaking on a general level, you usually keep the pottery wheel spinning at between 100 to 150 rpm (half to one-third of the speed).

As you are smoothing out the pot with a sponge or rib, you want to slow down the speed to around 30 or 40 RPMs.

Good Habits at the Pottery Wheel

When you change wheel speeds, think of it as good practice to slowly take your hands off the pottery. The sudden change of speed and touching the ceramic can mark up your pottery or move it off-center. While working with the clay, you want to keep the finger pressure steady to avoid thin spots. Keep an even gap between your fingers as you pull up the clay.

Beginner potters often increment the rotational speed, which can hurt the ceramic.

To an extent, the speed of the wheel varies based on personal preference.

Some potters like a slower wheel because it lets them shape the clay easier, and you have others who prefer the higher speed because it helps them to shape the clay easier. Be aware when throwing at a faster rate, your pottery has a greater chance of collapsing. Because of the centrifugal force of the spinning wheel, your clay will want to move outward, forming a bowl then getting wobbly and collapsing. As your skills grow, will your speed control.

Switch between Variable Speeds to Center, Throw and Trim, as needed.

When centering faster is better, you want the wheel to spin fast enough to use the centripetal force to your advantage. Faster is better for centering your clay. High to medium-high speed is recommended. If you go too slow, you will find your clay is moving you more than you are moving it, making it much harder to center.

When throwing and forming your piece, you will want a medium or slower speed. You can’t do much when the wheel is turning around 300 RPMs. After you center, slow the wheel down to at least 150rpms to 80 RPMs. Most will turn their wheels between medium and medium-low. As you go, you will find the speed that works best for you. Remember not too fast and not too slow.

When trimming, Again, you do not want the wheel to turn too fast or too slow. I have seen pots fly off the wheel (mine included), and I have also heard my teacher say if you go any slower, the wheel will stop. Medium speed or less is good for trimming. As you go, you will find your sweet spot where the clay is peeling off nicely like a ribbon.

Electric wheels have become a more popular choice over kick-wheels. Still, you have some potters who prefer the quaintness of the kick-wheel.

In Japan, you have people known as “Living Treasure” potters who only use the kick-wheel. Living Treasure in Japan describes a group of living, breathing artists who have such skill in the ceramic arts and other arts that they have earned protection in the Land of the Rising Sun. You have other countries that designate this too, such as France, Romania, the Philippines, and South Korea.

Even with kick-wheels, many will have a motor on them to bring the kick-wheel up to speed, which
can be a huge advantage.

What to Know About the Different Pottery Wheel Speeds

Think of this as a general guide rather than the gospel when it comes to wheel speeds. Each potter will have their preferences.

Some people like a faster speed because they can center quicker and better. When throwing, beginners will struggle with higher speeds because of the lack of control.

What speed you use depends on the weight of the clay too. At 2 pounds and under, you may go with 50 to 40 percent of the maximum speed. Anything at 3 pounds and over, you want to lower the speed to 40 to even 30 percent. With larger pieces, use a slower speed and smaller pieces, up the speed because control is less of an issue.

Most electric wheels have their speed controlled with a foot pedal. On a select group of models, you control the speed with hand controls. That comes in handy for someone who’s disabled or doesn’t have the full use of their legs. Beware of torque with pottery wheels because of how this influences how much poundage they can center. You can center anywhere from 20 pounds to 400 pounds depending on the pottery wheel. Hopefully, this sheds some light on the speed of the pottery wheel. 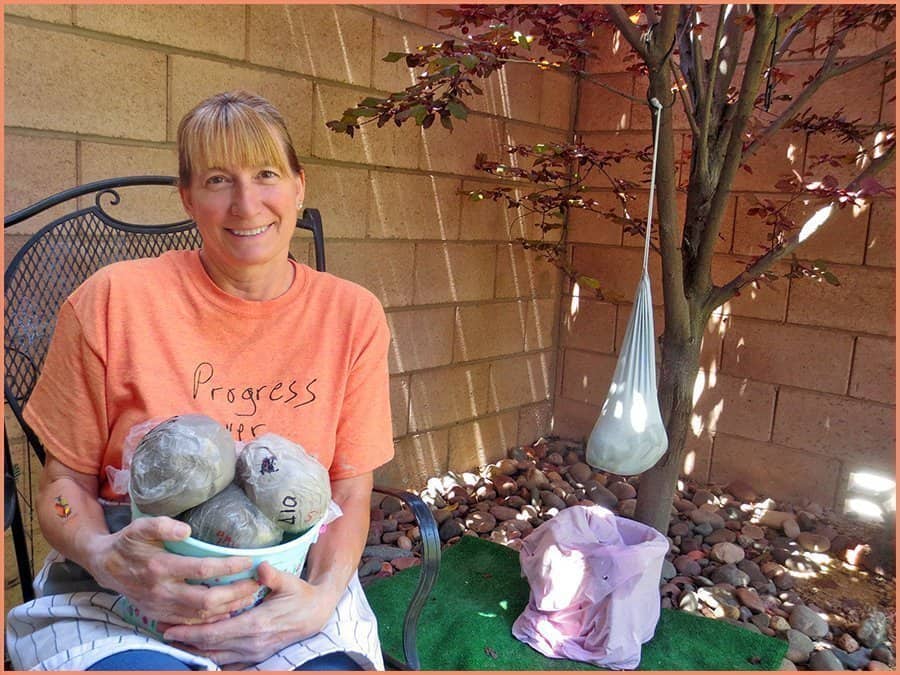 Let’s face it; recycling clay is not at the top of a potters list. Most potters I know dread having to slop slushy clay on plaster molds or ware boards. It’s a tedious and time-consuming messy task. I didn’t want to do it, but I… 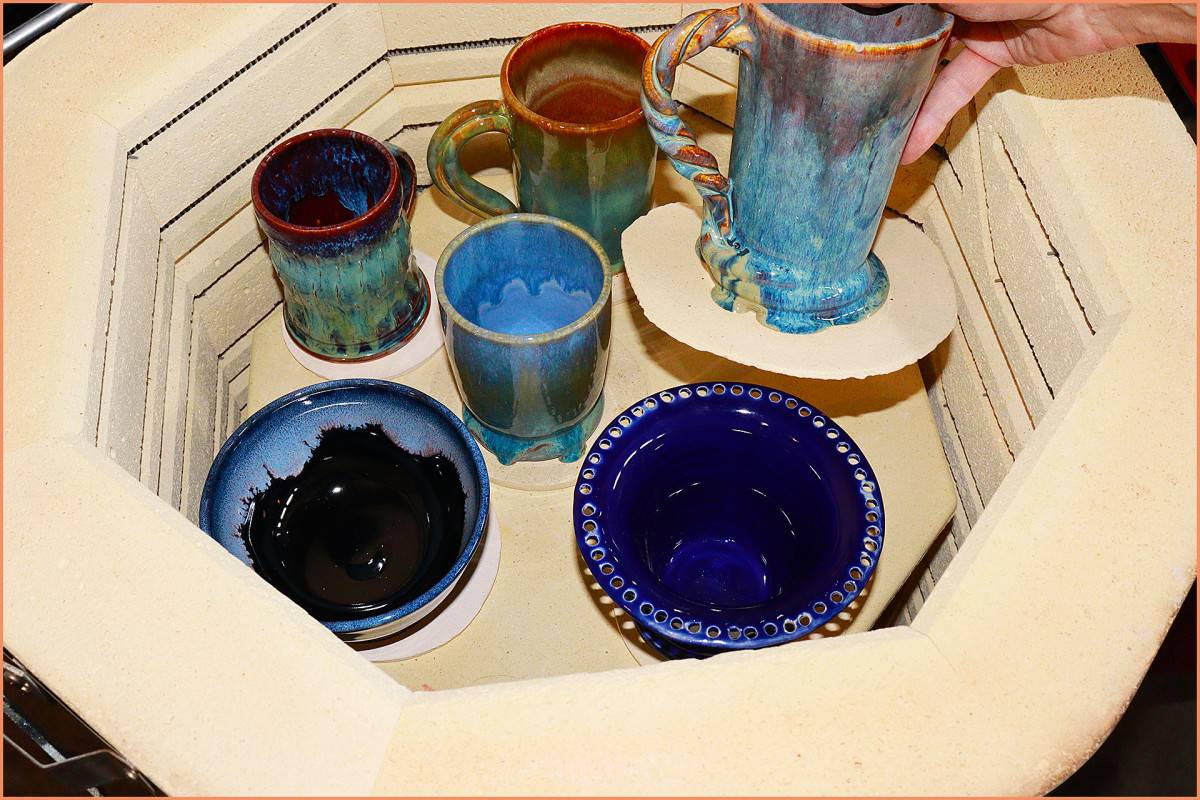 Protecting your Kiln and Kiln Shelves is something EVERY POTTER MUST LEARN TO DO.After all, you just made a Big Investment the last thing you want to happen is to have a Glaze Accident.Kiln Cookies will be your first line of defense.Follow along as I… 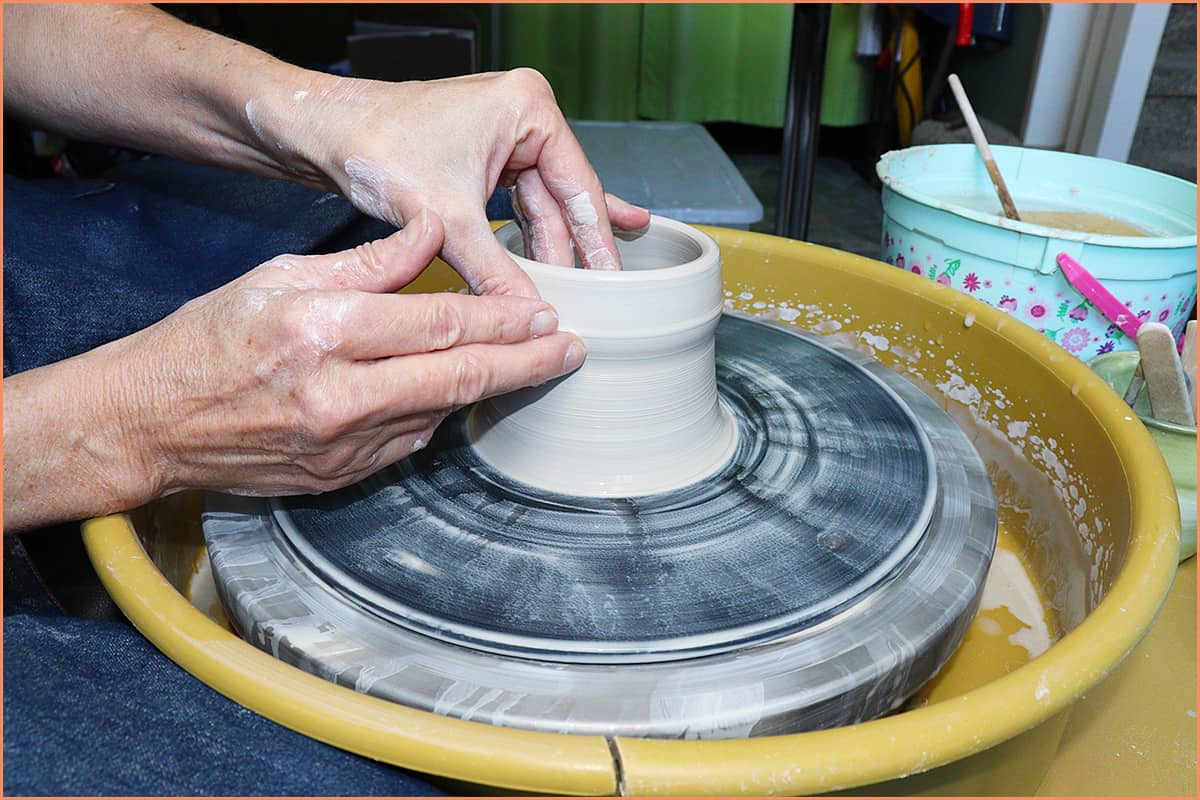 If you have always wanted to learn how to throw clay on the pottery wheel but don’t know where to start, this Step-by-Step beginner’s guide is perfect for you. Throwing clay involves shaping your clay into a piece of pottery as the pottery wheel is…

Pottery making can be confusing at times, and the Clay Mixer and the Pugmill are near the top of the list. I didn’t know if a Clay Mixer and a Pugmill were the same things. There are a few similarities but many more differences. So,… 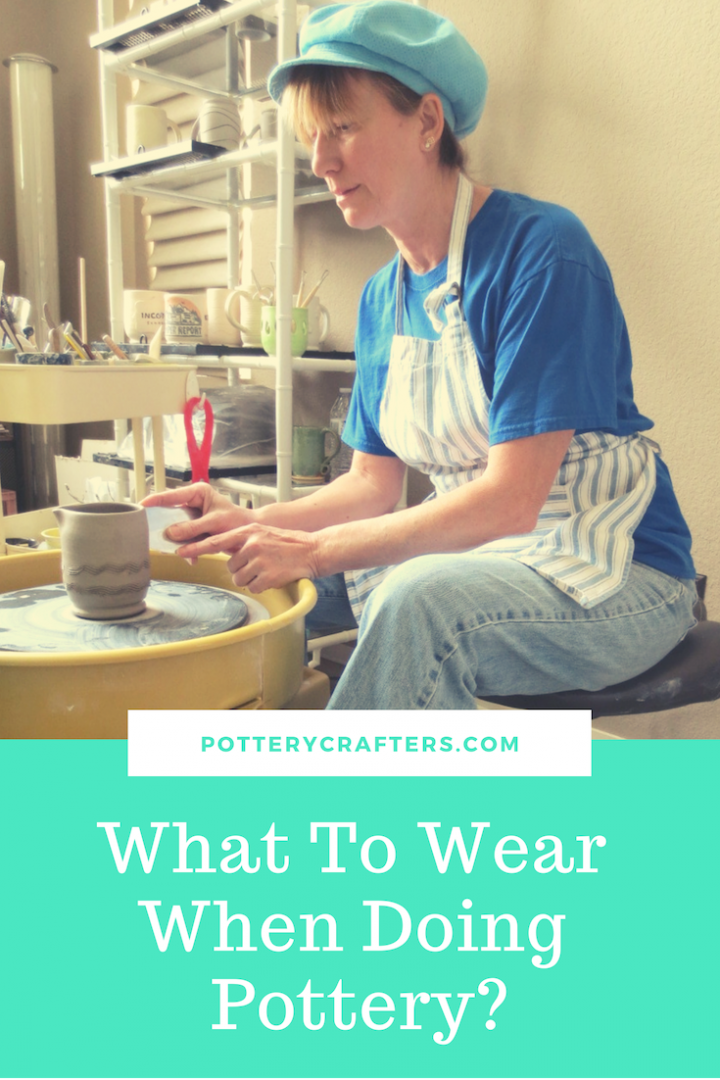 When you work with clay for the first time, you will want to know what to wear. You want to be properly dressed and comfortable, and you don’t want to ruin your clothes. Although many clays wash right out, the darker clays can stain. 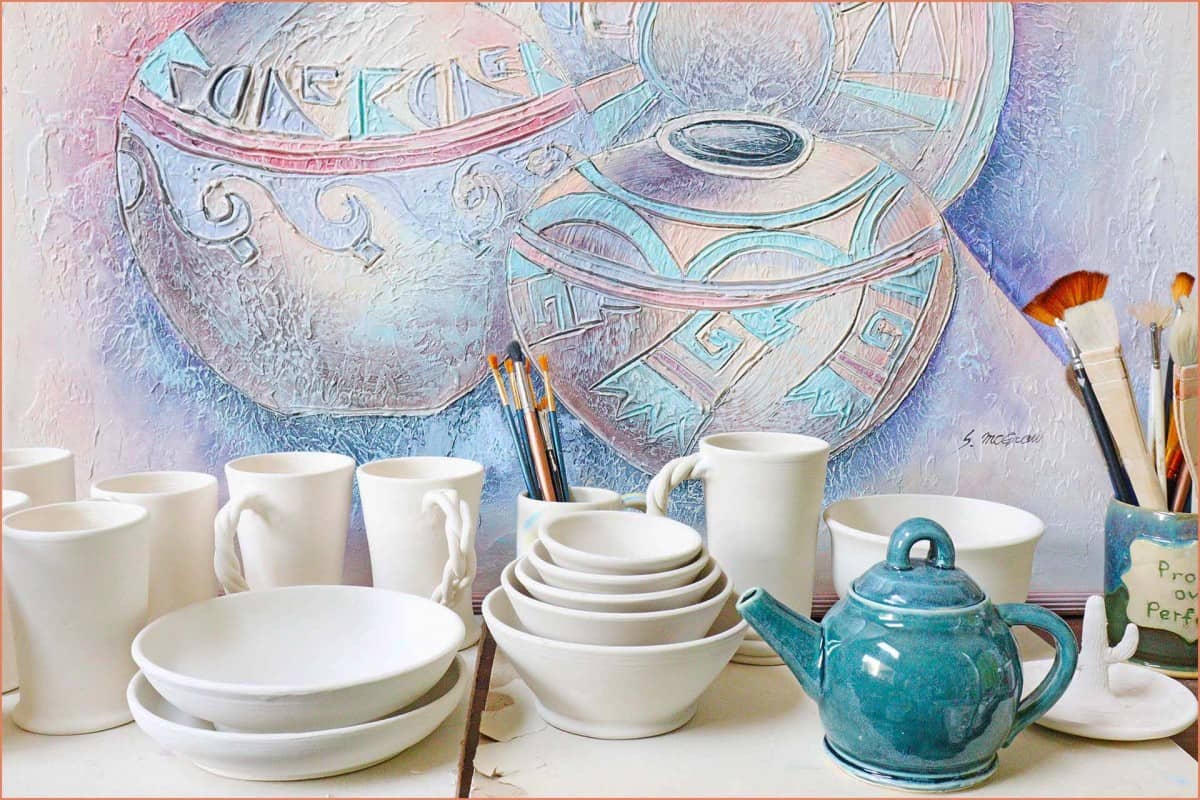